Australia hasn’t been the easiest place to visit since the deadly COVID-19 virus broke out. They have been very strict about the rules and have imposed stringent lockdowns even if there are a handful of positive cases. And it has been the case for the last 18 months. With the Ashes scheduled in a little […]

Australia hasn’t been the easiest place to visit since the deadly COVID-19 virus broke out. They have been very strict about the rules and have imposed stringent lockdowns even if there are a handful of positive cases. And it has been the case for the last 18 months.

With the Ashes scheduled in a little over couple of months, there are already reports that the Ashes could well be called off.

The state governments in Australia have been wary of the COVID-19 virus and movement between states has been affected big time. The restrictions and strict rules haven’t relaxed for anyone in Australia either.

The Olympics team didn’t have it easy either when they returned from Tokyo as a few of them had to undergo double quarantine (28 days) in Sydney. The Australian cricketers had to fly to Maldives for 10 days in May after the Indian Premier League (IPL) was called off before they could enter the country where they went through another quarantine of 14 days.

Sheffield Shield game between Tasmania and Queensland called off

Now, the Ashes series is due to start on the 8th of December and the first Test is scheduled to take place at The Gabba in Brisbane. However, after the recent developments and cancellation of the Sheffield Shield game between Tasmania and Queensland.

Four positive COVID-19 cases were reported on the morning of the game and the match was called off minutes before the toss. That prompted the Tasmania side to fly back home to Hobart.

“Cricket Australia advises that the Marsh Sheffield Shield match between Queensland and Tasmania at Ian Healy Oval, due to begin today, has been postponed. The match will be rescheduled to a new date later in the season, following the Tasmanian team’s decision to fly home today. Further updates regarding the scheduled Marsh One-Day Cup match between the two sides, due to be played this Sunday, October 3, will be provided in due course,” a statement from Cricket Australia read.

This was only the second Sheffield Shield game of the season and it has now been postponed to a later date. Cricket Tasmania also released a statement where they explained the situation and wanted to take a cautious approach.

Cricket Tasmania has made the decision to return their Tasmanian Tigers Marsh Sheffield Shield and One-Day squads to Tasmania today. This is not a decision that was taken lightly. While the situation in Queensland hasn’t prevent the match from commencing today, a cautious and considered approach is being taken and it is our strong opinion that we are better having our players and staff home as we build a better understanding of the current landscape. We look forward to playing the Queensland Bulls at the first opportunity. We thank [Queensland Cricket] and [Cricket Australia] for their understanding and flexibility with this match postponement, and we hope that this preventative measure will, with hindsight, not have been required,” Cricket Tasmania’s statement read.

There are murmurs going around that the quarantine that the England players may have to undergo is going to be very strict and the players’ families are unlikely to be allowed for the tour.

The England players have already had a solid workload over the last year and a half or so. They have played as many as 53 international matches since the start of the pandemic which is the most for any side in the world. England have constantly been in bio-secure bubbles. In 2020, they went through bio-bubbles against three sides (West Indies, Pakistan and Australia) at home to kickstart men’s international cricket before a few of them flew to the IPL. They also went to South Africa, a tour which was eventually called off after the T20I series.

England also flew down to India for a full-fledged tour which comprised of four Tests, three T20Is and three ODIs before a handful of them played the IPL. It was followed by a full-fledged home season which had white-ball series’ against Sri Lanka and Pakistan before India came touring for the Test series.

Hence, it hasn’t been easy for the England cricketers and hard quarantine without their families could make it even worse. Furthermore, with the restrictions between state governments in Australia, it puts things massively in doubt. There are quite a few England cricketers who have raised apprehensions about travelling to Australia with such strong restrictions and rules in place.

Western Australia have already raised their concerns over staging the fifth and final Ashes Test match in Perth.

With the Sheffield Shield game cancelled today (28th of September), Queensland have also indicated they would want to keep their borders shut which puts the Gabba Test in doubt as well. Besides New South Wales have also time and again implemented lockdowns when they’ve had a handful of positive cases.

Thus, the 2021-22 edition of the Ashes is in serious doubt. The vaccination programme in Australia hasn’t really picked up either and currently stands at about 33%. 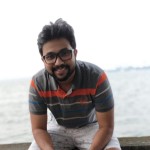 Rohit is a cricket enthusiast striving to convey the finer details of the game in a capsule. He hopes to present a bird’s eye view of the game, as he sees it, to the readers.